The Kentucky Association of Counties

By Jennifer Burnett, Director of Policy, Research and Communications
Jail populations have declined by 26 percent over the last month.

According to the most recent jail report from the Kentucky Department of Corrections, jail populations across the Commonwealth have declined significantly during the COVID-19 pandemic. On March 12, the total jail population was 24,183. By April 16, that number had declined by 26 percent to 17,880.

In early April, Governor Beshear commuted the sentences of 186 inmates identified as being medically vulnerable to the coronavirus, and announced plans to commute the sentences of another 743 inmates in state custody who are due to complete their sentences within the next six months. 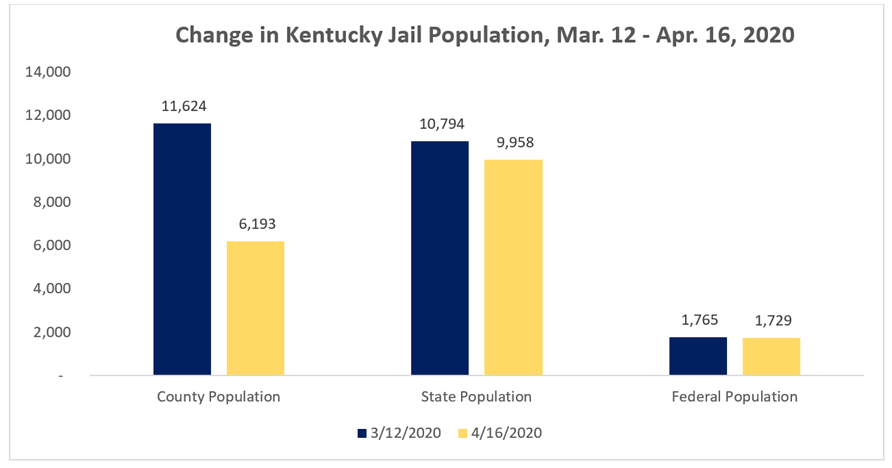 In Kentucky, county jails house a number of types of inmates.

State law places a responsibility on each county to provide for the incarceration of prisoners arrested in the county or sentenced or held by the courts of the county. KRS 532.100 directs where persons convicted of offenses will be housed for the duration of their incarceration.

A county fiscal court may meet this responsibility by maintaining a jail in the county or by contracting with another county for the use of its jail and providing vehicles, guards, and drivers, as needed, for transporting prisoners. If a county elects to have a jail, it must at the minimum comply with the health and life safety standards of the Jail Standards Commission as required by KRS 441.055.

On average, the state inmate population for 2018 accounted for 45 percent of the county jail prisoner population in 2017 and 2018, According to the Kentucky Department of Corrections. 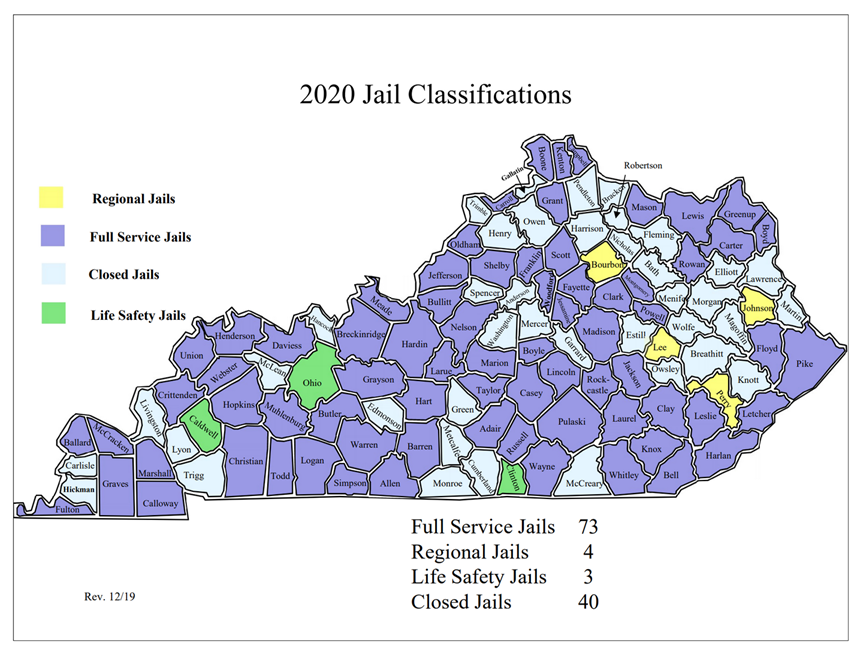